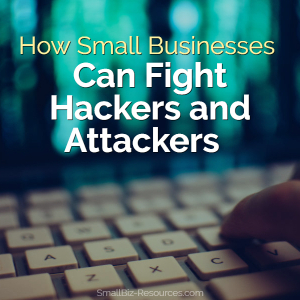 While large enterprises have the resources to protect their networks against the ever-evolving landscape of cybersecurity threats, smaller businesses have tighter budgets and fewer resources — one of the main reasons hackers target small businesses. In its 2019 report on the state of cybersecurity for SMBs, the Ponemon Institute reported that the number of small businesses that experienced breaches “involving sensitive information about customers, target customers or employees” increased to 63% from 58% in one year.

What are the bad guys after? Here are four reasons your small business is attractive to hackers:

So how can a small business protect itself? Warding off these costly attacks requires 360-degree cybersecurity measures that proactively protect all devices connected to a network.

These seven recommendations will help a small business create an effective cybersecurity strategy:

A cyberattack can have serious consequences, with many small businesses forced to shutdown for good due to the fallout. By understanding that small businesses are just as likely to be targeted as the big guys — if not more so — and preparing for the worst with a smart cybersecurity strategy, you can keep your doors open and your customers happy for the long term.

Shena Seneca Tharnish joined Comcast Business Services as VP, Cybersecurity Products and Practice in late February 2017.  She joined after serving as SVP, Enterprise Network Infrastructure at PNC Bank for five years in Pittsburgh, PA, and as a senior leader at The Home Depot, Inc. for twelve years in Atlanta, GA. In Shena’s time at Comcast Business, she has developed a Cybersecurity Product Framework that drives the commercial product roadmap, as well as security practices for all business products at Comcast Business. Shena has over 24 years of experience in Information Technology – leading and managing network engineering and application development services.  Prior to joining The Home Depot, Tharnish worked as a network consultant with carriers MCI WorldCom and Concert Communications (BT/AT&T), designing wide area networks for businesses. Shena Seneca Tharnish earned her EMBA from the Robinson College of Business at Georgia State University, and her undergraduate was in Telecommunications Engineering Technology, with a minor in management, at Rochester Institute of Technology in New York.