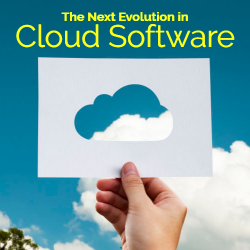 Should your business move to the cloud? At most companies in developed countries, that question has been answered with an emphatic affirmative. The cloud is now mainstream and it is transforming operations at organizations large and small. In fact, 95 percent of companies now use cloud technologies in some way.

But what about businesses in remote regions and emerging economies? They’re not connected to the cloud to the same extent. This is about to change, however, because cloud technology is extending its reach around the globe. The worldwide public cloud services market grew 18 percent in 2017 to $246.8 billion, up from $209.2 billion in 2016, according to Gartner. And that rapid pace of expansion is expected to continue.

When the cloud market was new, cloud providers focused on the U.S. market, as technology providers tend to do when they launch. The bulk of revenue for many of the largest cloud software providers still comes primarily from the U.S., even though they have operations globally.

Now, though, with the expansion of the internet to all but the far corners of the world, the global market for cloud solutions can be so much larger. Startups can get out of the gate with a global perspective and a global customer base. Cloud entrepreneurs can build global companies from the word go—and often they can do it faster than the incumbents. Consider the startup GoFormz. It has customer accounts in more than 150 countries. By contrast, the biggest cloud software company still has most of its accounts concentrated in just eight countries.

The good news for emerging cloud companies is that the total addressable market opportunity is so much bigger now. If you’re only selling to the U.S. market, your total available market opportunity might be just $1 billion. But if it’s the world market, it could easily be 5x that number. The scale changes exponentially.

A cloud for every job title

The cloud market is expanding not only geographically but institutionally. Cloud software is well suited to job titles it never reached before, like general counsel, plant manager and VP of field operations. And now, because the market it is global and exponentially larger, it makes economic sense to go after those job titles. It’s even possible to build a global cloud company based on job titles like those.

In fact, new cloud companies can be formed just by owning a specific job title and bringing a really compelling solution to that role. For example, GoFormz targets VPs of operations. This used to be a very paper-intensive role. GoFormz found a way to take those paper forms and render them on tablets and phones. So now a VP of field operations can replace paper while adding the capability to do reporting on the data. This means better workflow and analytics to improve business processes and empower the job of operations VP.

In every meeting, we ask the entrepreneur: what title are you building your business around? We’ve invested in one company that’s going after the general counsel role by redefining the way contracts are managed. This is a very exciting market.

Ultimately, we think there are still hundreds of titles that can be transformed by the cloud.

Another important consideration is that best of breed cloud applications for those new titles can also leverage their own API and the APIs of other cloud systems to integrate beautifully to the salesforce.com’s or Oracle Netsuite’s of the world. This means the target title gets a great app suite built for them and still integrates to other key apps in a scalable way. Salesforce.com pioneered the API and Appexhange/ISV integration strategy and I was the executive who started and led the Appexchange ISV ecosystem, so we real opportunity here.

Take product lifecycle management, which helps mechanical engineers, operations and manufacturing teams collaborate on new product designs. It’s the fourth-largest software market in the world and it’s truly mission critical. And it’s time for PLM to move to the cloud.

Let’s see how it can do that. Say the engineering team is working on a new smartphone. They’re defining the chipsets, the screen type, the power supply, etc. They’re also managing all the documentation and communicating with suppliers and vendors. This is a mission critical operation that is responsible for the crown jewels of the business: its next product.

In the past, product lifecycle management at this scale could not move to the cloud. It just wasn’t ready. Today it is. Cloud technology enables PLM to be more customer-centric and share product information like sales, marketing and services for the first time.

A lot of investors look at the cloud market and see saturation—maturity even. We don’t. We see opportunities for startups to reach out to new regions of the world and address new job titles in the U.S. and abroad. We see a lot more clouds to come.

How Small Businesses Can Achieve Big Security
Data Recovery, Preventing the Loss of Data
Growing Gradually: How to Manage Product Supply and Demand

Matt Holleran leads Cloud Apps Capital Partners on our journey to be the best venture capital firm in the world in the cloud business application market at the Classic Series A stage.  He works closely with entrepreneurs and executive teams to help them build global category leading companies. Matt has 12 years of operating experience in successful business application companies including salesforce.com, 12 years of venture capital and private equity experience, and a highly relevant network. He has walked in the shoes of founding teams at each stage of a business application company's development -- no customers, initial traction, scaling the team, market leadership, and global expansion. Matt has a BA in engineering and economics from Dartmouth College and an MBA from Harvard Business School.