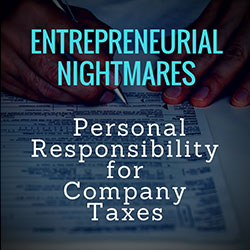 When companies experience economic problems, those responsible for managing financial issues often have difficult decisions to make.  When matters become serious, for example, it is often tempting to improve liquidity by deciding to delay the remittance of trust fund taxes in favor of making payroll and hoping that additional expected income will improve the situation.  But when the expected income and needed capital are not forthcoming, and when bankruptcy is looming, making these types of decisions can have direct material adverse consequences to the directors and officers charged with remitting those taxes.

Federal, state, and local taxing authorities, pursuant to a growing number of laws in this area, regularly impose personal liability on those that are responsible for directing funds away from the payment of tax.  The risk is greatest with respect to the non-payment of “trust fund taxes.”  Trust fund taxes are taxes that the company is presumed to hold “in trust” for the benefit of the governmental unit to which it is due.  Another way to think of it is as a tax that companies collect on behalf of a taxing authority.  While they vary by jurisdiction, the most common of these include fuel taxes, sales and use taxes, payroll taxes, and other excise taxes.   But even in the context of taxes that are not “trust fund taxes,” such as use tax on purchases from suppliers who are not required to collect tax in your jurisdiction, more and more jurisdictions are attempting to impose personal liability.

A common misperception is that putting the company in bankruptcy will solve these issues.  However, when a company is put in bankruptcy, the officers and directors of the company are not the debtors undergoing bankruptcy, only the company is.  This means that the officers and directors are not protected by the automatic stay.  Further, if the debtors do not have sufficient unencumbered funds from which to pay these tax claims,  the “responsible person” may be on the hook for these unpaid taxes.

The personal liability being imposed, in most instances, will include not only the amount of the original tax, but also substantial penalties and interest.  It is not uncommon for there to be penalties equal to 100 percent of the underpayment for a responsible person at a now bankrupt company who willfully fails to pay taxes, and interest rates are often much higher statutory rates than those that would be charged on a typical loan.  Thus, even a relatively small missed payment can quickly triple in size.  In addition, criminal penalties potentially may be imposed.

So how do you avoid living through an entrepreneurial nightmare?  Apart from the obvious answer of paying all the taxes when due, which is really the best answer, you can often-times protect yourself from being held responsible for the failures of your company through smart planning.  One strategy is to make sure you don’t even fall under the definition of a “responsible person.”  As a general matter, a responsible person is someone who either has the duty to pay the tax for the company or someone who has the authority to make decisions not to pay the tax.  One component of finding responsibility is typically that there be a “willful failure,” which means a failure that was the result of an intentional, conscious, and voluntary course of action.”  But even making the decision to send out the payroll checks before paying the tax bill may be sufficient for a taxing authority to make a finding of willfulness.

Companies should be thoughtful about their tax functions.  While many company leaders wish to maintain control of as many aspects of the company as possible, it is sometimes wise to simply have this responsibility taken completely out of your hands.  Consider delegating that responsibility to only one officer in your company.  Typically, this is done through official and binding company actions, including through the use of employment contracts.  Also, the company should consider putting in policies and controls governing the responsible officer’s conduct to ensure that taxes, particularly trust fund taxes, are always paid first.  Segregating the bank accounts in which deposits of trust fund taxes are made from operating accounts may avoid the nightmare of personal liability.

Another strategy that is often utilized is to ensure adequate directors and officers (“D&O”) coverage under an insurance policy.  Many taxing authorities will simply allege responsibility against an individual based upon their title when working at the company.  A D&O policy will often extend to cover defense costs arising out of an audit and appeal when personal responsibility has been alleged.  While some policies can include coverage for the tax liabilities as well, many D&O policies do not.  Given the costs of an adequate defense to the accusation of personal responsibility, even if you are not “guilty,” the policy may well be worth it. 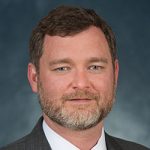 William H. Gorrod is a shareholder in the San Francisco office of Greenberg Traurig, LLP. He focuses his practice on state and local tax issues, and advises clients on controversy, planning, and compliance matters on a multistate basis. 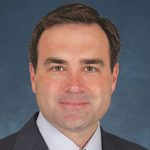