Jeff leads the Spanning team not just in the ways you’d expect – such as developing strategy, budgeting, and recruiting – but also by enabling great people to do their best work. This means setting goals that inspire excellence while eliminating obstacles to success. Prior to being appointed CEO and president, Jeff was Spanning’s Chief Revenue Officer. Before that, he was the president of Manticore Technology, which he led through three successive years of revenue growth in the highly competitive marketing automation market. He was the founding CEO of Deepfile Corporation (became StoredIQ and sold to IBM in 2012), was VP of Market Development at Digby, and served as Vignette Corporation’s first VP of Marketing. He started his career with NCR Corporation and also held senior management positions at Compaq Computer Corporation. Away from work, he is a connoisseur of New Orleans jazz and loves cooking with his wife - it’s the perfect blend of planning, creativity, and gadgetry for a technology entrepreneur and CEO. Jeff holds a BA in management science from the University of California at San Diego. He has also served as an adjunct professor of entrepreneurship in the Graduate School of Business at the University of Texas. In spite of this formidable career, it’s hard to get Jeff to toot his own horn - even though he’s a skilled trumpet player in addition to our president and CEO. 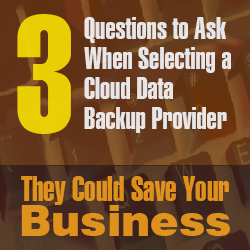 The U.S. Small Business Administration recently stated that the number of small businesses has increased nearly 50 percent since 1982. This steady influx of entrepreneurs striking out on their own has …